"They Gave Us Cheese Sandwiches:" Foodways of War and Flight

As part of a larger ethnography of one family’s experience of the Syrian war and displacement, this paper considers the question of food and foodways. Based on extensive interviews and participant observation, this paper chronicles displacement through changing foodways. Following several families, the paper investigates how scarcity and price inflation punctuated the urgency of the conflict for a cluster of Damascus households. It illuminates critiques of how UN rationing and humanitarian food aid in Tripoli, Lebanon, and Amman, Jordan, aided but also betrayed newly disenfranchised populations. Interlocutors discuss how the introduction of almost-familiar new foods and eating styles in the nearby countries of refuge, Egypt and Turkey, exacerbated memories of home. In the desperate gambit for asylum in Europe, the families discovered how food lines and ration handouts in formal and informal camps from Greece to Germany emphasized the dehumanization and dependency of refugees. By the time many of the families reached their new lives in Germany and elsewhere, siege and famine had come to Syria, as food restriction was used as a weapon against remaining Syrian populations. For families settling into semipermanent exile, the ability to recreate Syrian cuisine and to return to comforting rituals of basic hospitality exchanges marked the beginning of postwar and post-refugee lives. In addressing the theme of how habits of cuisine, taste, and hospitality gave way to rations, dependency, charity, and mass feeding, the paper presents displacement, nostalgia, warfare, and humanitarian relief efforts in a new light.

Leila Hudson, The University of Arizona

Leila Hudson is an Associate Professor of Modern Middle East Culture and Political Economy at The University of Arizona. 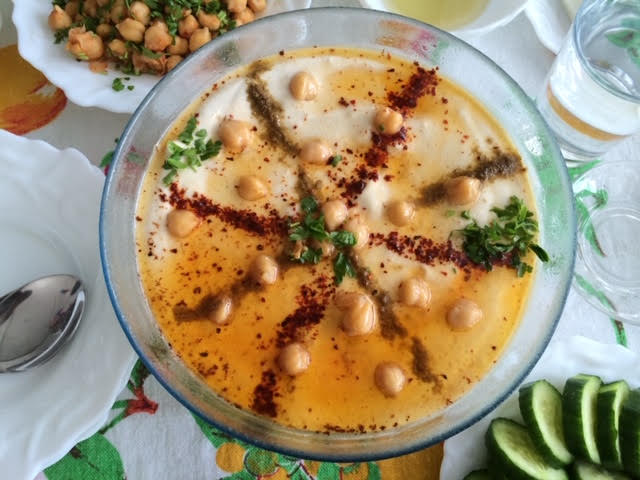