Productive Aliens: Economic Planning and the Lebanese in Ghana, c. 1930–1972

Drawing upon the Ghanaian experience, this article argues that alien immigrant populations in some African countries were channeled toward socio-economic niches by executive decree and legislative mandate dating to the late colonial period. In the late 1930s and early 1940s, British immigration restrictions and trade laws designated the Lebanese as economic agents charged with promoting commerce, while encumbering their political acceptance by restricting residency and naturalization. After independence, economic populism, competing Africanist ideologies, and claims to indigeneity all shaped the passage of laws and legislation that defined and restricted the position of middlemen. Ultimately, the failure of Lebanese political integration in Anglophone West Africa stemmed from the states’ economically-functionalist approach towards immigrants and the ethno-nationalist discourse on autochthony that isolated them. This enduring institutional and statutory legacy explains why the political incorporation of many immigrant groups in Africa remains incomplete. 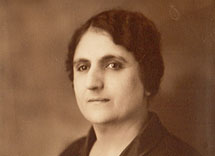