A Civilizing Mission? Music and the Cosmopolitan in Edward Said

Though Edward Said’s passionate interest in Western classical music is a well-known aspect of his biography, scholars have largely treated Said’s musical writings and activities as peripheral to his intellectual legacy. Through an examination of his extensive writings on music and his intense engagement with the West-Eastern Divan Orchestra, an explicitly political/musical project intended to promote Arab-Israeli collaboration in the context of Western classical performance, this article examines how Said deployed Western classical music as a discursive space on which he could inscribe and celebrate the political and cultural values of his mobile, cosmopolitan upbringing in interwar Cairo. Said’s insistence on the universality and political applicability of Western musical forms thus came to represent a mode of relocating a lost form of elite cosmopolitanism as a central aspect of Arab identity and rejecting what he saw as the intolerant, philistine parochialism of the post-war Arab political landscape. 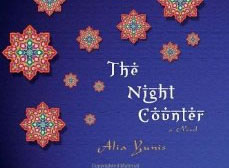