Ghāda al-Sammān has written several novels on the Lebanese civil war (1975–1990). In this essay, I extend the analysis of her war writings through close readings of her short story collection, Al-qamar al-murabbaʾ, published four years after the war’s end. Where previous critical responses to her work have primarily concerned her articulation of a Levantine feminism, my analysis heads in a different direction: I explore her characterization of the lived experiences of Lebanese émigrés who, like her, have relocated to Europe amid, or in the wake of, civil war. Drawing upon sociological and psychoanalytic conceptual frameworks of haunting and the uncanny, as well as theological and anthropological illustrations of the barzakh, I argue that the experiences of al-Sammān’s characters serve not as evidence to substantiate any one contemporary theorization of war, displacement, and the psyche, but as an aperture through which readers may critically re-engage them all.

Renée Michelle Ragin is a PhD Candidate in Literature at Duke University. Her dissertation, "Sense, (Non)sense, and the Archive: Narrating the Lebanese Civil War," analyzes the ways in which Lebanese artists and political actors have negotiated the causes, meanings, and legacies of the war over the past several decades. Ragin is a former Foreign Service Officer with the US Department of State, where she served in Washington, DC, and Saudi Arabia. Email: renee.ragin@duke.edu. 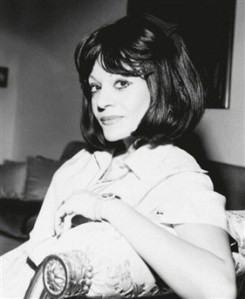