Unlike the scholarly interest in Arab-American fiction, Arab-Australian literature has not received as much attention from literary critics, Australian-based or otherwise. Increased interest in Arab-American literature has been explained and often contextualized through the U.S.’s long-standing interference in the Arab world, as well as the tense relations between Arabs and Americans within the U.S. But these issues are not unique to America – like the U.S., Australia has not shied away from intervening in the region and also has its own troubled relations with Arab immigrant communities. And yet, despite these similar circumstances, no study of how Arab-Australian literature might apprehend or dramatize these particular relations has been undertaken. This paper provides some insights into the albeit nascent but growing field of Arab-Australian fiction. It explores how and in what ways Arab-Australian literature can be categorized as a form of Australian writing, and be seen as part of a transnational network of Arab diaspora fiction. 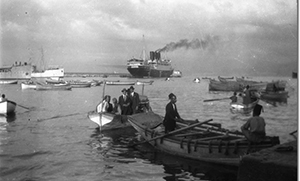